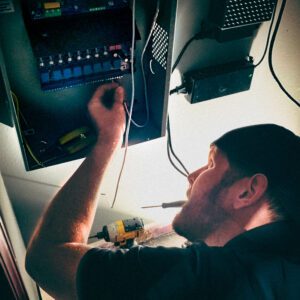 Eagle Eye Networks is a cloud-based security camera company widely used and trusted by Guardian Safe & Lock LLC. You may have even noticed their logo on the top menu bar of this page! But why do we enjoy their product so much? Today, we’ll be taking a closer look at Eagle Eye from the top-down, breaking down what makes them different as a company, service, and more. As the security camera installers and locksmith Houston trusts most; we hope that by the end of this article you’ll understand everything Eagle Eye Networks brings to the table in regards to securing your property.

A Brief History of EEN

Eagle Eye Networks, (Or EEN for short), was founded in 2012 by Barracuda Networks’ founder and former CEO Dean Drako. Mr. Drako started EEN specifically after dealing with the frustration of using and deploying existing surveillance systems for remote management. By January 2014, the company was publicly announced alongside their first product; the Eagle Eye Cloud Security Camera Video Management System. 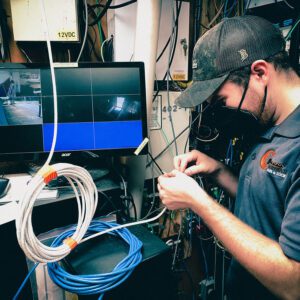 As of 2017, EEN and Swift Sensors announced a major partnership to deliver cloud-based sensors to integrate into video surveillance systems and other applications across multiple industries. As of 2020, Eagle Eye Networks had raised a total of $100 million in funding since its founding. The company has said it will use this funding to continue to further develop artificial intelligence, also known as AI, to allow for better analytics on its’ cloud-based video surveillance platform.

As you can see from their history, Eagle Eye Networks may be a younger company, but they’re blazing a new, modern path for the industry. Their products, services, and software more than live up to their company’s reputation. From the ground up, EEN’s system is designed to be compatible with many types of security hardware. This includes the access control components of their sister company, Brivo, as well as many other third-party devices. Eagle Eye Networks partners with hundreds of leading tech companies, providing integrations with mission-critical apps, such as point-of-sale, access control, and analytics.

What this means is that even with hardware from a different company or with older cameras; your camera system could still benefit from using Eagle Eye’s cloud-based video platform! When you switch to cloud-based surveillance cameras, you’re able to access and manage them from anywhere in the world with an internet connection. Regardless of if you’re on a laptop, tablet, or mobile phone, Eagle Eye Networks cameras can be viewed and managed remotely. Moving your camera system to the cloud doesn’t just increase its’ usability; it also protects you from theft of your recording devices and all subsequent footage. As the system is cloud-based, there is no dedicated recording device in the building for thieves to steal should a break-in or burglary attempt occur. With the cloud and Eagle Eye Networks, you know for certain that your camera footage is secure and accessible from anywhere! 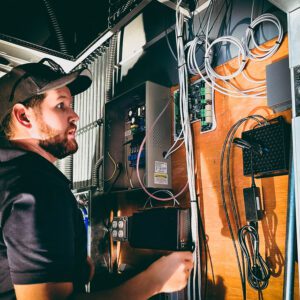 When you need surveillance cameras, call the commercial locksmith The Woodlands TX, and all of the Greater Houston Area trusts most: Guardian Safe & Lock. Our techs aren’t just camera and access control system installers. Our licensed, insured, and bonded locksmiths provide Houston residential lock repair and commercial locksmith services in Houston TX. We also provide car key programming services, including push-to-start models in addition to standard transponder car keys, and sell the best safes in Houston! Guardian Safe & Lock has always endeavored to be the locksmith and security company that Houston trusts most. We do our best to provide and use products, tools, and techniques that are proven to advance security as a whole. With products like Eagle Eye Networks’ cloud-based surveillance camera system, our goal of increasing Houston’s security has been easily attainable. Call us today to modernize your surveillance camera system, access control system, or home and office security today at 832-534-8687!